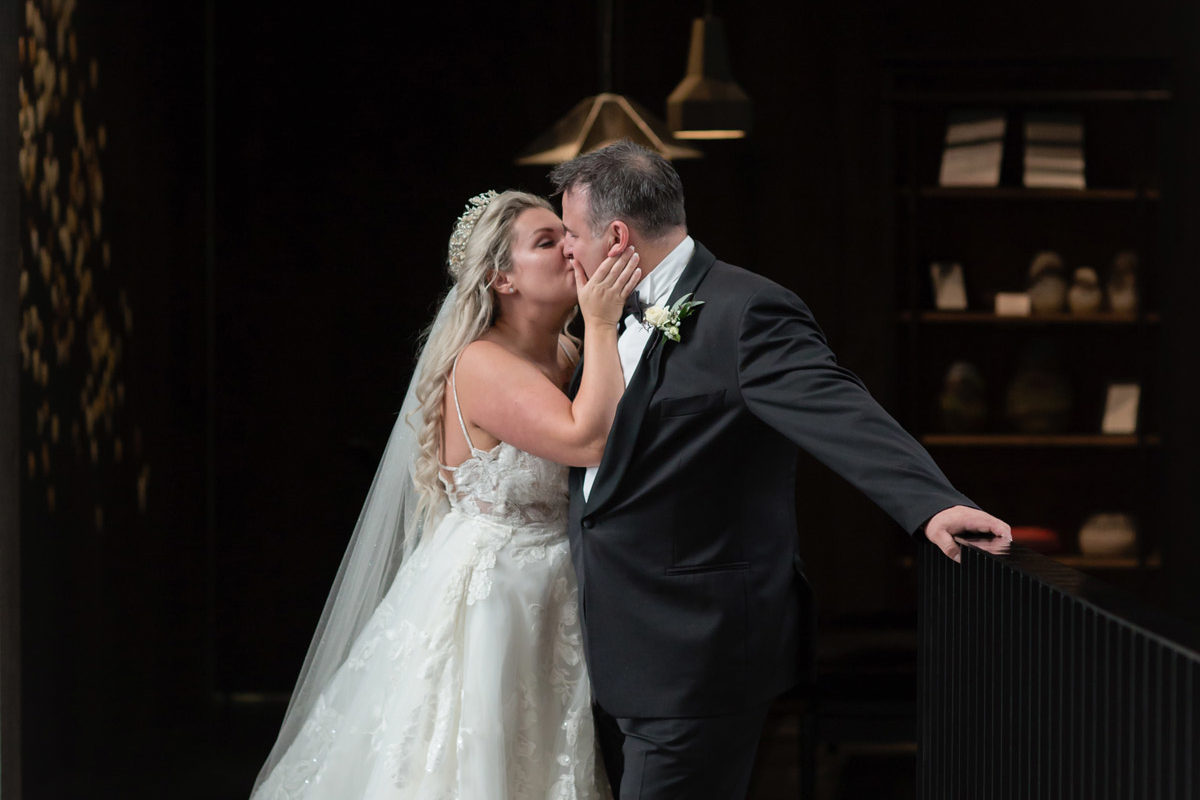 A mutual friend set Steven and I up on a blind date. I wasn’t keen as I was career-focused at the time and arranged an exit strategy on the night. It’s a running joke that after spotting him, Steven saw me turn around and undo a couple of my top buttons! We had so much in common and talked the night away. Three years later, we still go to Vine to sit at our ‘date table’.

Steven invited me to his home for a second date. I was incredibly nervous as when I met him, I knew he was ‘my person’. I was so taken by his wit and rugged good looks, his ambition and strong personality. I told him I loved steak and he cooked me an eye fillet wrapped in bacon pea puree and served different wines for each course. He made crème brulee and even used a blowtorch. I flew to Rarotonga the next day and called him daily; I missed him so much. I spent over a thousand dollars on video calls!

Everybody used to say to me that when you meet the right person you’ll just know; I never thought I would get a fairytale ending but as cliché, as it sounds, it happened.

I’ve always loved skiing and raced internationally when I was younger. Steven just knew it was a dream to get engaged at the top of a snowy mountaintop. We were exploring the south island and drove up Cardrona but it was snowing heavily. Once we reached the top, the weather cleared. I turned around to find Steven, box in hand with a handsome grin on his face. We skied down the mountain and I have never felt happier in my life.

We wanted a luxury wedding with beautiful accommodation and we found Kinloch Manor. The views over Kinloch Hill and the lake were stunning. It was a dream to marry in a castle; I really felt like a princess. We married six days before our three-year anniversary. We chose April as we loved having the fires going inside; it seemed romantic to have it when the weather was cooler. Our theme was romantic and classical. I went all out on the flowers as Steven’s surname is Flower. I felt as if I was in a fairytale.

We had a sit-down meal with canapés and an entrée of crayfish tortellini or smoked lamb fillets. Our mains were New Zealand game fish or Black Angus beef fillet. Our chocolate and lemon cake was three-tiered and dressed in beautiful flowers. My white dress had a long train and was covered in embroidered flowers; my veil was glittery and I wore my mother’s diamond earrings. My shoes were Gucci and I wore my grandmother’s pearl wedding crown; both my mother and grandmother wore this on their wedding days. My four bridesmaids chose their own dresses in Ibiza brown and dusty rose colours. Jeremy and his groomsmen wore black tie.

I organized a special gift for Steven; I had a photoshoot done in secret, wearing beautiful lingerie. I made it into a black book, which the best man gave him on the morning of our wedding. We drove to the ceremony in a Mustang and a GT Falcon.

Our vows were incredibly special and seeing Steven’s face when I walked down the aisle! It was the best day of my life. We are going skiing next month for our honeymoon. There is such a thing as wedding depression! It’s such a big day after months of hype then it’s all over so enjoy every single millisecond.

By The EditorNovember 29, 2021
Real Weddings