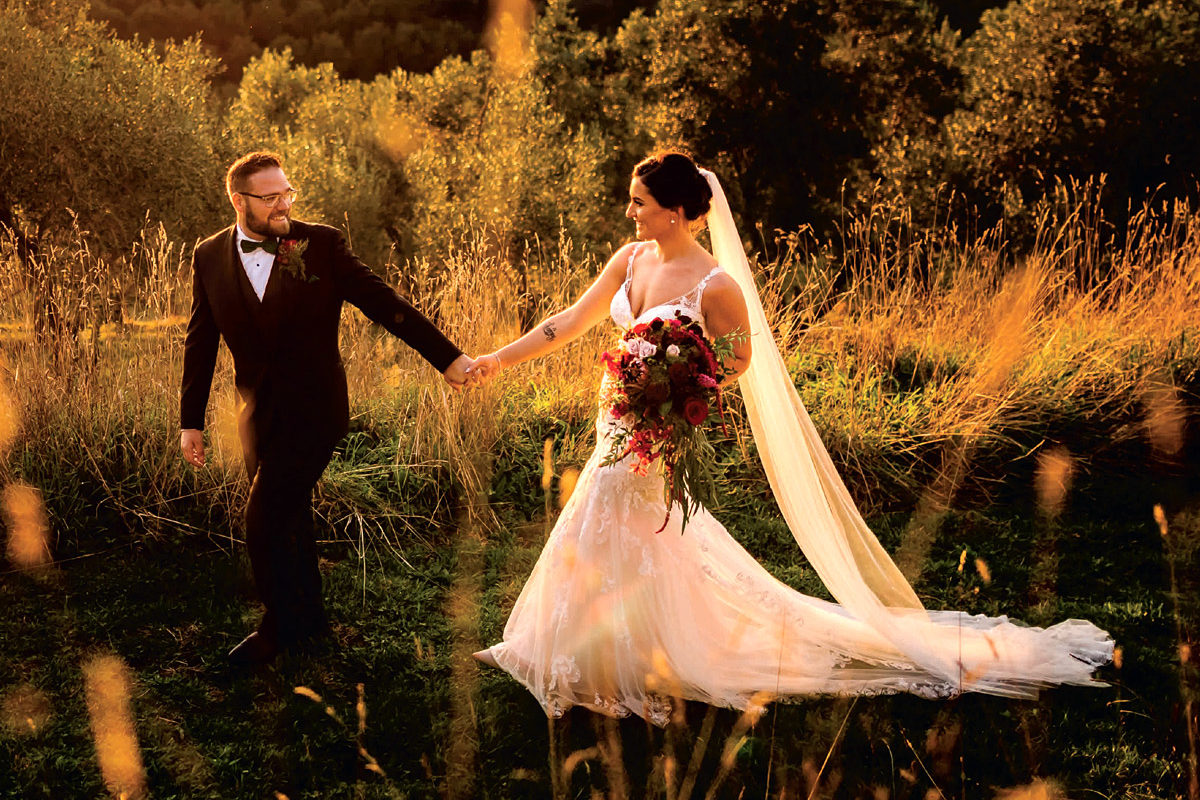 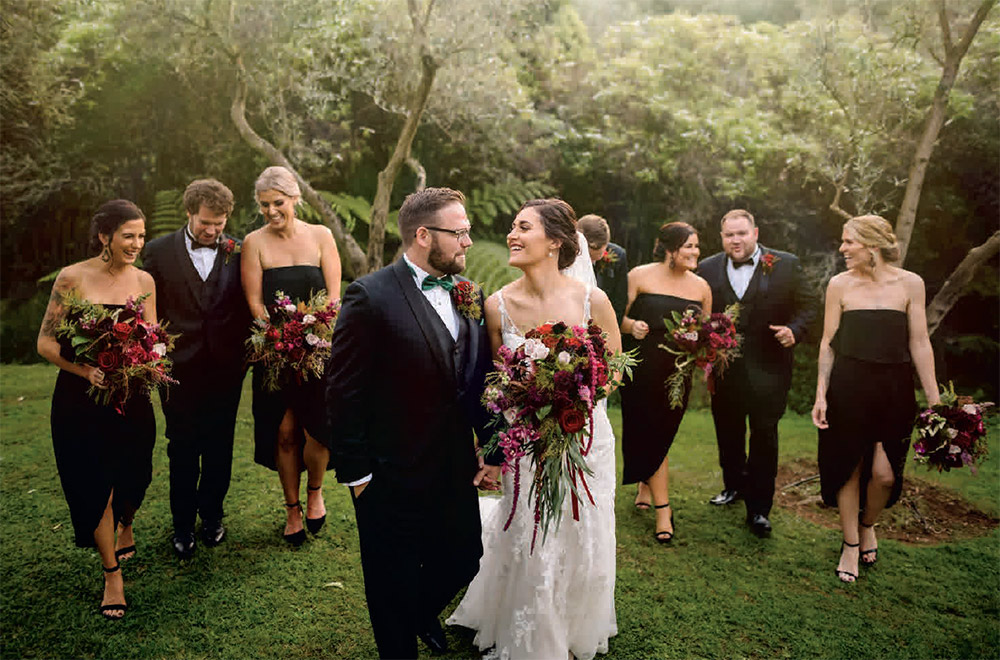 Matt was fresh from the UK when he hurt himself at work and began seeing a chiropractor at the clinic where I worked. After his first session, Matt started coming early and staying late after his appointments just to chat to me. I was the first one to make a move and asked him out for drinks with friends. We dated for about a month before I got impatient and asked Matt when he was going to ask me to be his girlfriend. He was already planning a romantic way to ask me, but I pipped him to the post!

Matt’s mum and grandma had come out from the UK to visit in 2018 just after the new year. While here his grandma found out she had kidney cancer and needed emergency surgery to remove the kidney – not much of a way to spend your holiday! We made the most of their unexpected extended stay and went to Waiheke for lunch one day. Matt persuaded me to take a romantic stroll through the vineyard with him before surprising me by getting down on one knee and popping the question with a ring I had loved since I was a young girl when my mum owned a boutique jewellery shop in Parnell. It was a special moment for all of us.

We wanted to have our wedding somewhere local and different. Bracu was just up the road from where my mum and dad live – nice and close which was important as my mum was diagnosed with terminal brain cancer at the end of 2018 and it meant that she was able to pop home for a moment if she needed to. We decided that Autumn would be the best season for our big day – the sunsets in Bombay take on the most magical golden light.

Matt and I wanted a classic and timeless wedding that we would love in years to come. We created a warm, rich, botanic vibe throughout the venue with our flowers in a moody palette of burgundies and berry tones with dark foliage to reflect the season. Our florist Dianna also put together a spectacular archway based on a fairly loose idea I had. The beautiful floral creation wowed our guests when they walked in to the ceremony area. It was dismantled after the ceremony to double as the bridal table flowers for the reception.

On my first visit to Alma J, I tried on several gowns, but one in particular stood out. My mum and sister loved it and thought I would absolutely pick it on the spot. Not totally convinced, I booked another appointment a few weeks later and tried on some more dresses in a similar style to the first one. I found my dream dress! It was a lace dress with beading and sequin detailing all over. The train was long and the beadwork from the dress continued down it in the same pattern.

We had a sit-down meal at the reception featuring fresh, seasonal produce. The entrée was a goat’s cheese tart with seasonal veggies and a bacon cheese quiche. There was a choice of lamb or fresh market fish for the main and berry cheesecake or chocolate fondant for dessert. In the following weeks I received messages from people saying they were still thinking about the chocolate fondants!

The ceremony was our favourite part of the day. Shellie, our celebrant, did the most amazing job of summarising our journey as a couple and highlighting our favourite memories from over the years. We were both so happy with our small guest list; we found that we were able to speak with each person individually and thank them all for coming. It made for a day that was relaxing and full of love, laughter and happiness.