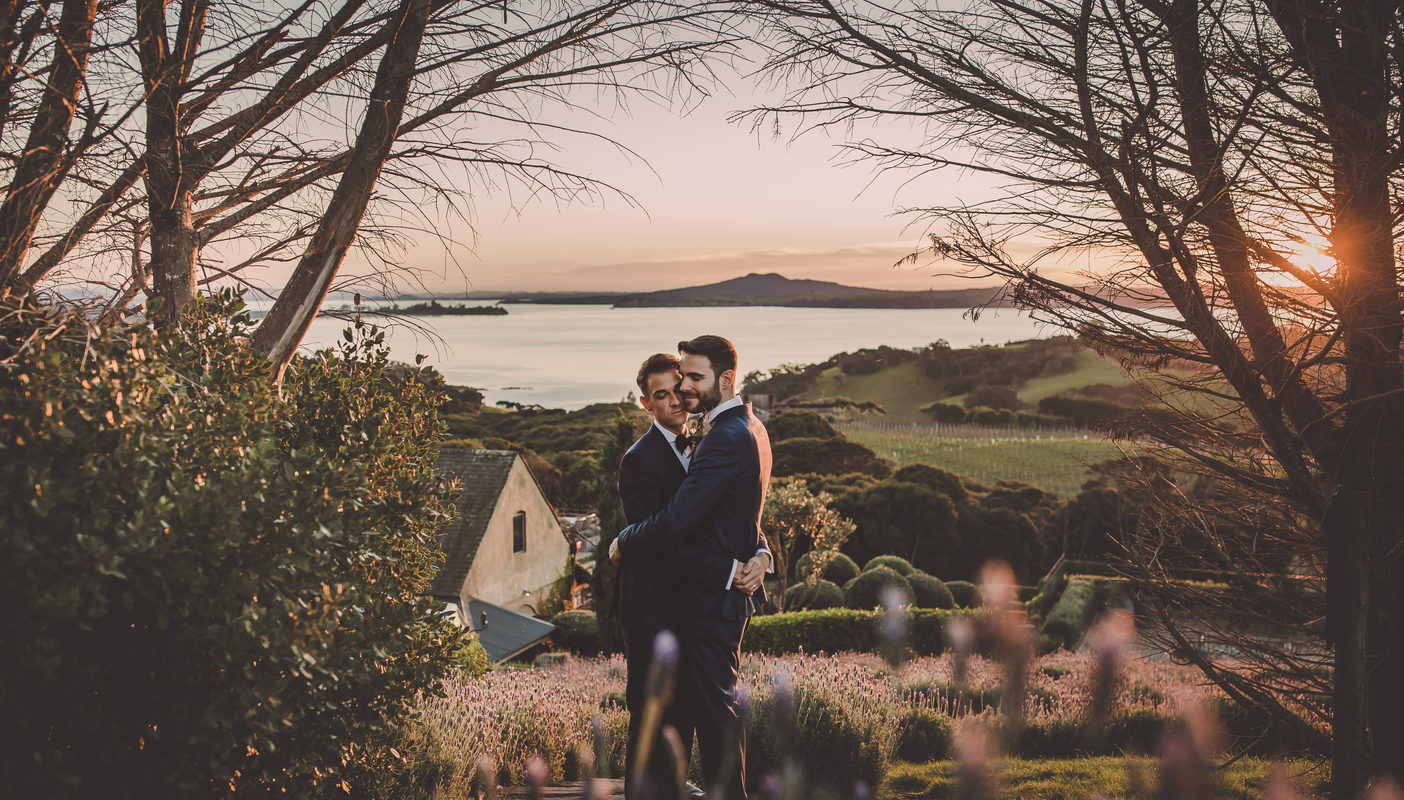 The rustic winter wedding of BENJAMIN  and SANDRO was a unity of cultures epitomising hygge. 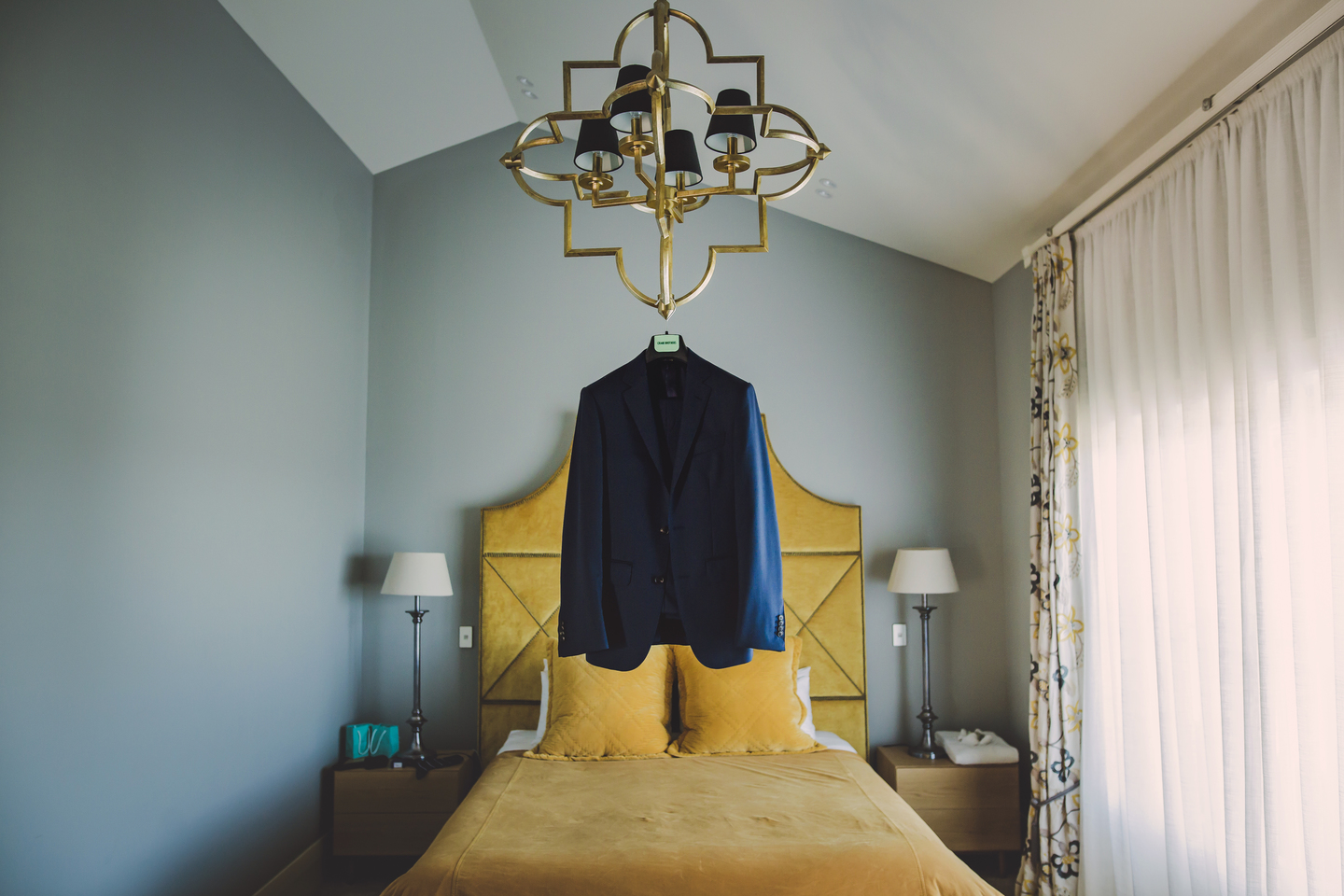 BEN: Sandro and I were introduced by our mutual friend Zoe soon after I moved to Auckland. Our future ‘groom’s gal’ was correct in thinking we might hit it off! 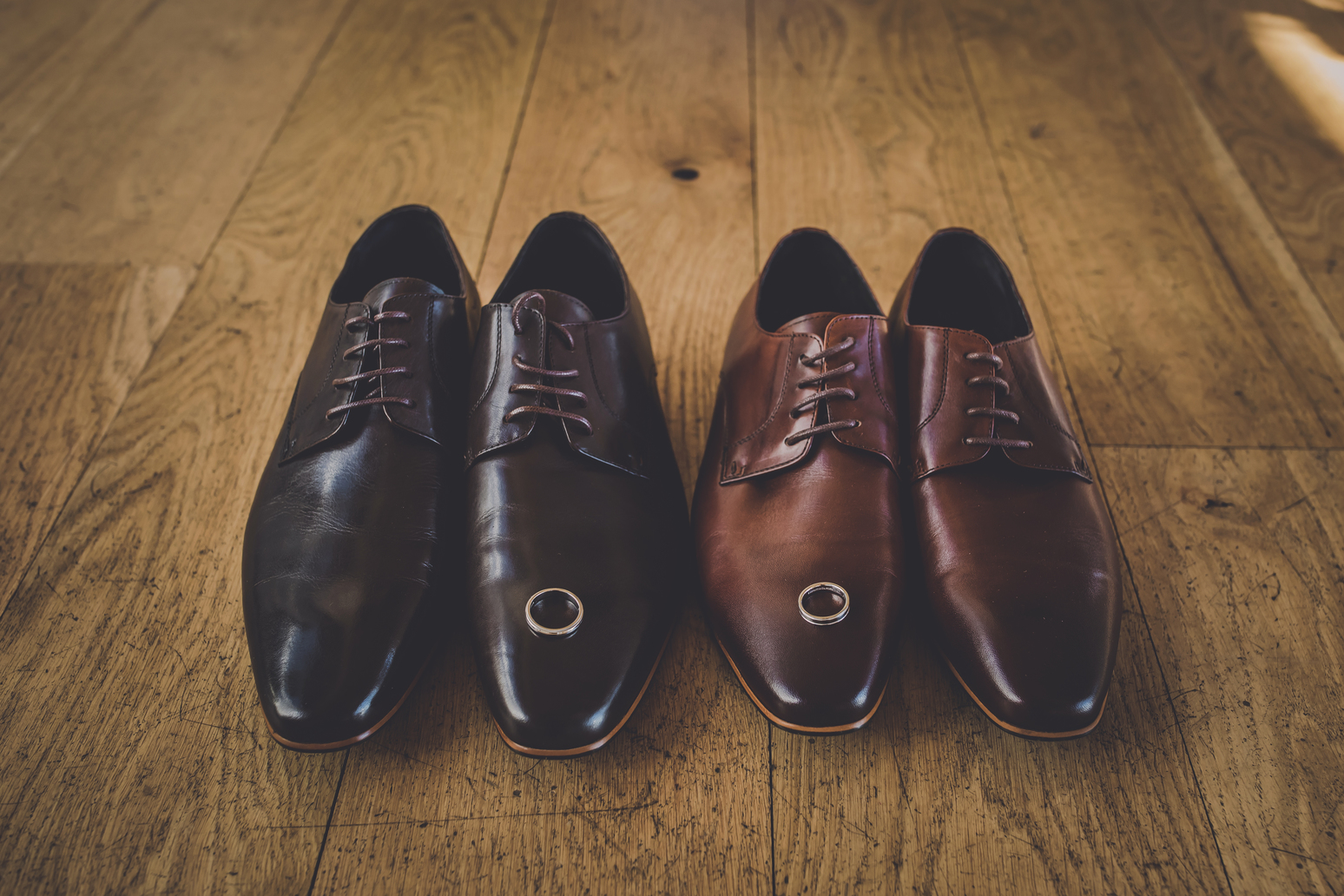 Ben: Five years on we were in Rome after a trip to visit Sandro’s parents in Florence. We had drinks on the rooftop of our hotel watching over the city and the ancient Pantheon as the sun set. Dinner was followed by a walk along the Tiber river to a bridge. I proposed with the Vatican City lit up in the background – stunning.

We married at Mudbrick Restaurant and Vineyard on Waiheke Island less than a year later. 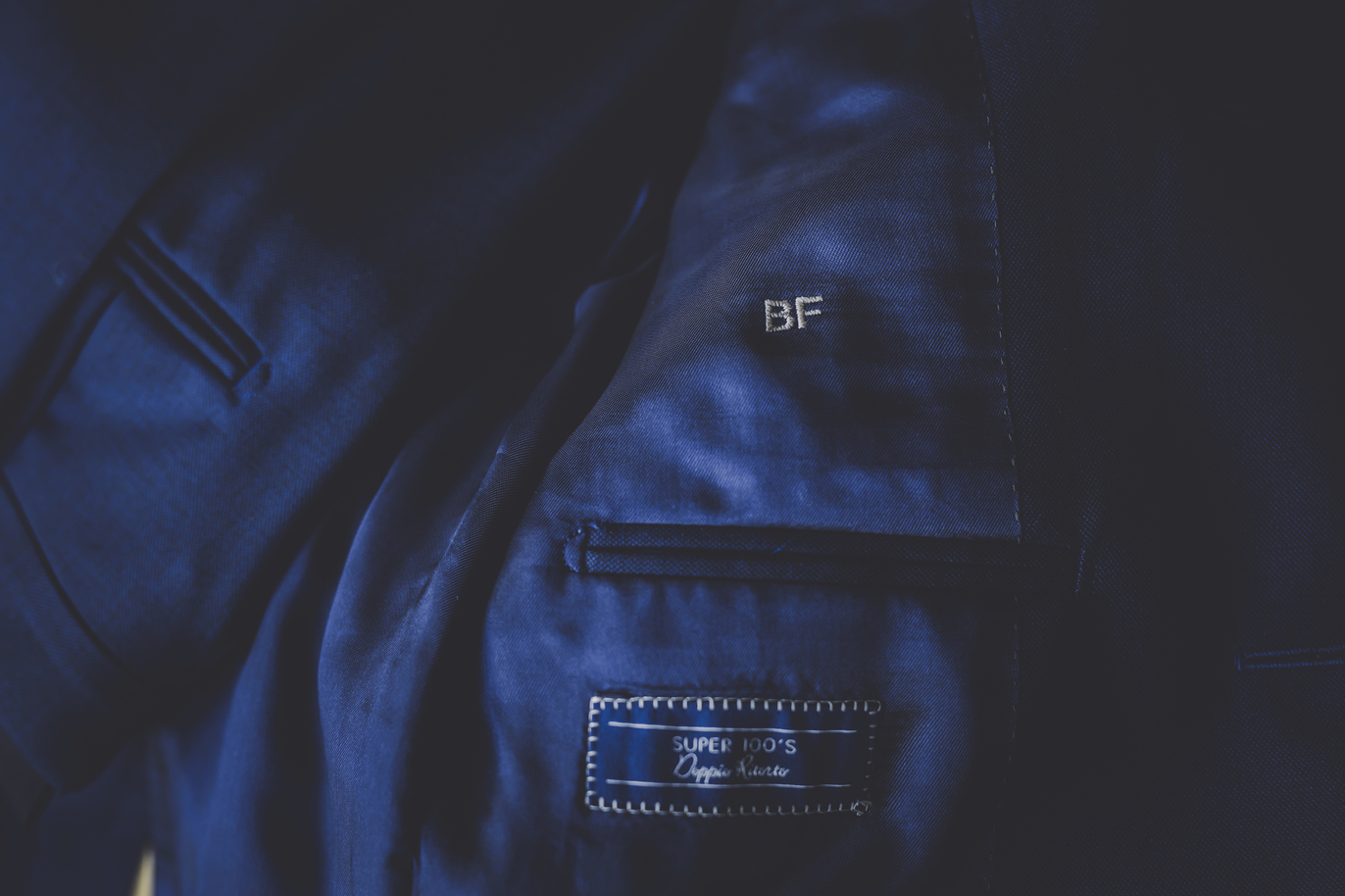 Ben and I went through the whole suit-making process together with Murray from Crane Brothers, who was fantastic and very patient. We chose two different shades of navy and went to every fitting session together, which was a great experience 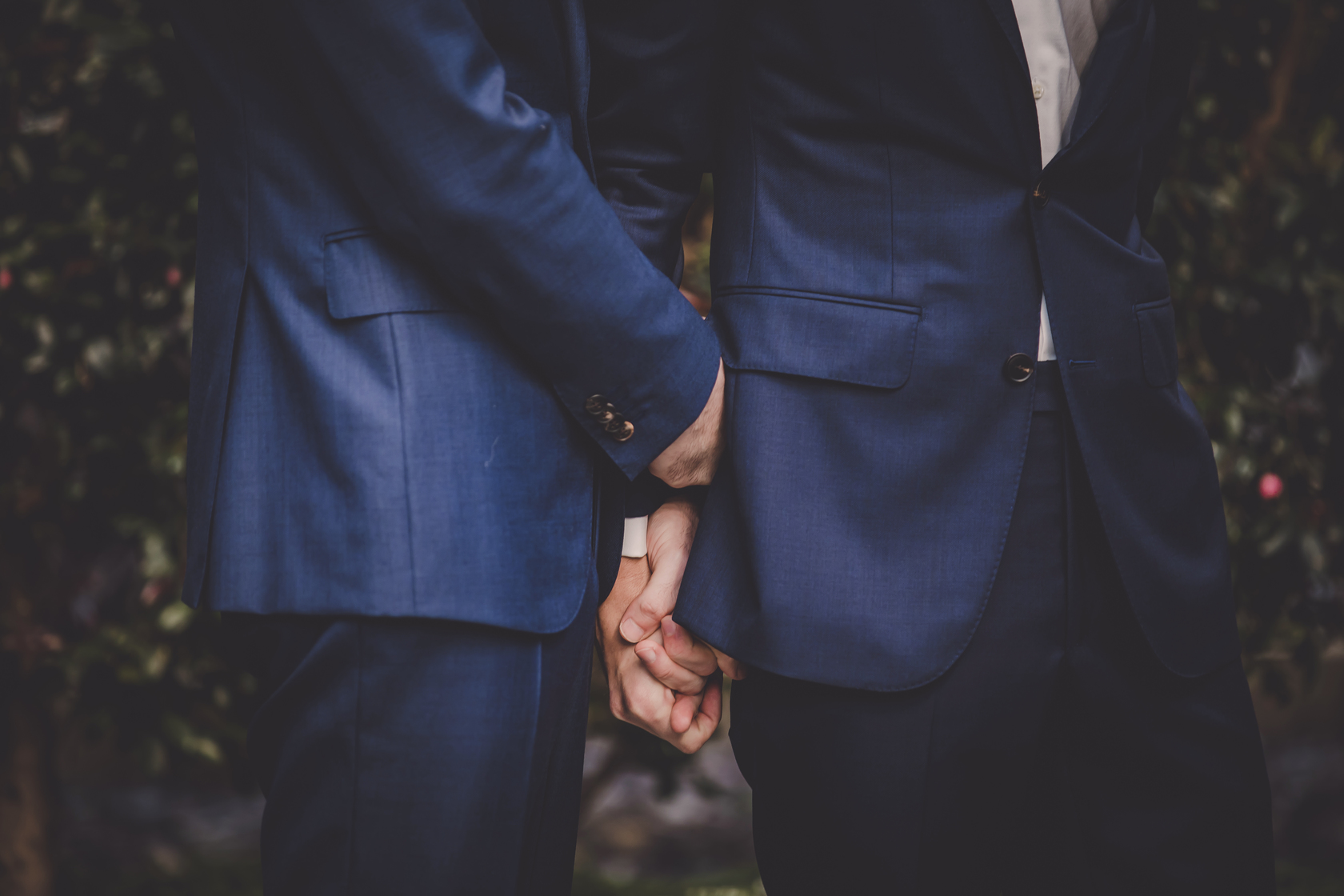 We added a personal touch to our wedding rings with ‘to have’ engraved on Ben’s and ‘to hold’ on mine. 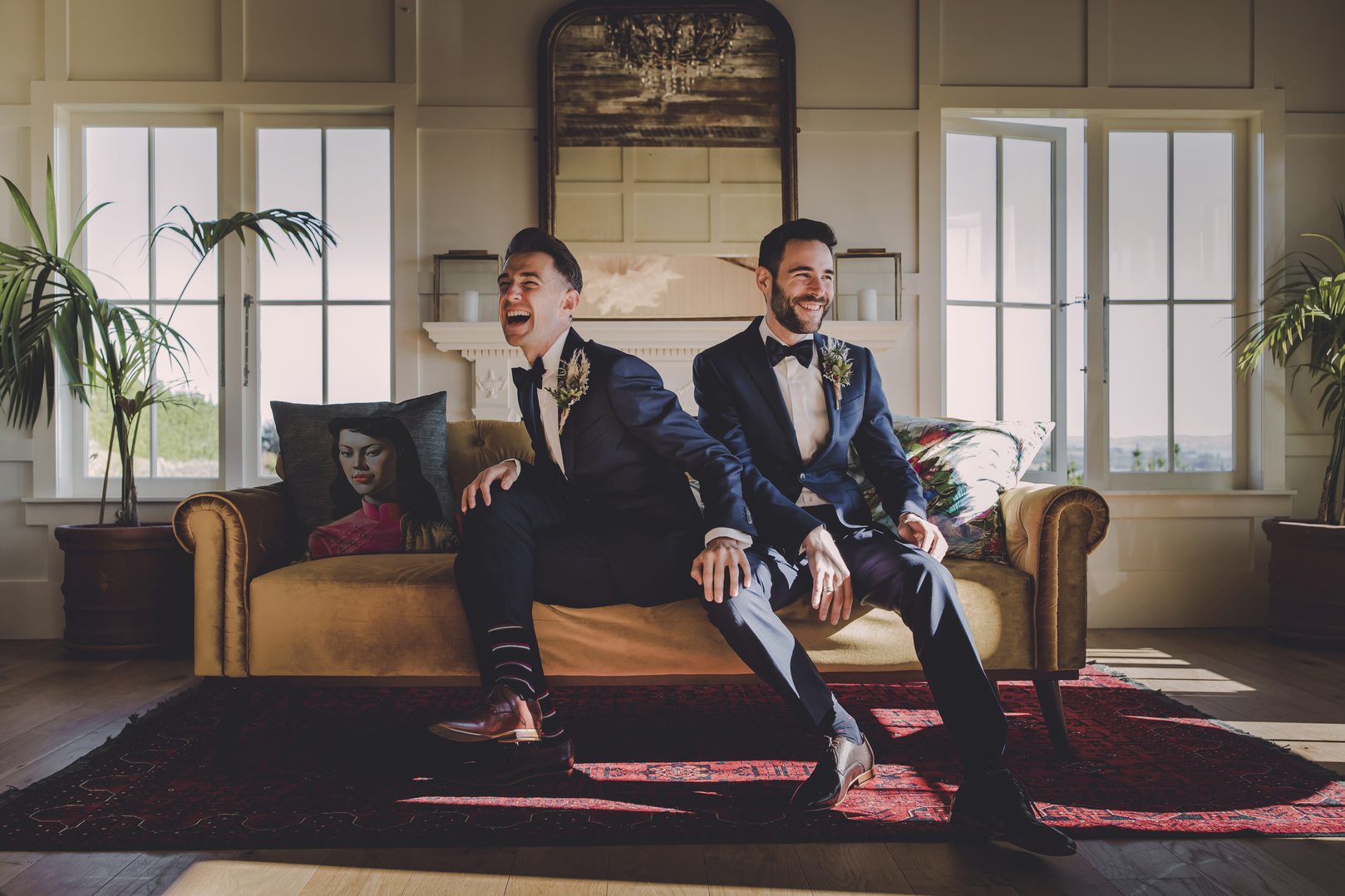 As we exchanged rings I spoke my commitment in English, while Ben’s was in Italian. It was so touching to see two very different families coming together from two sides of the world to become one big family. 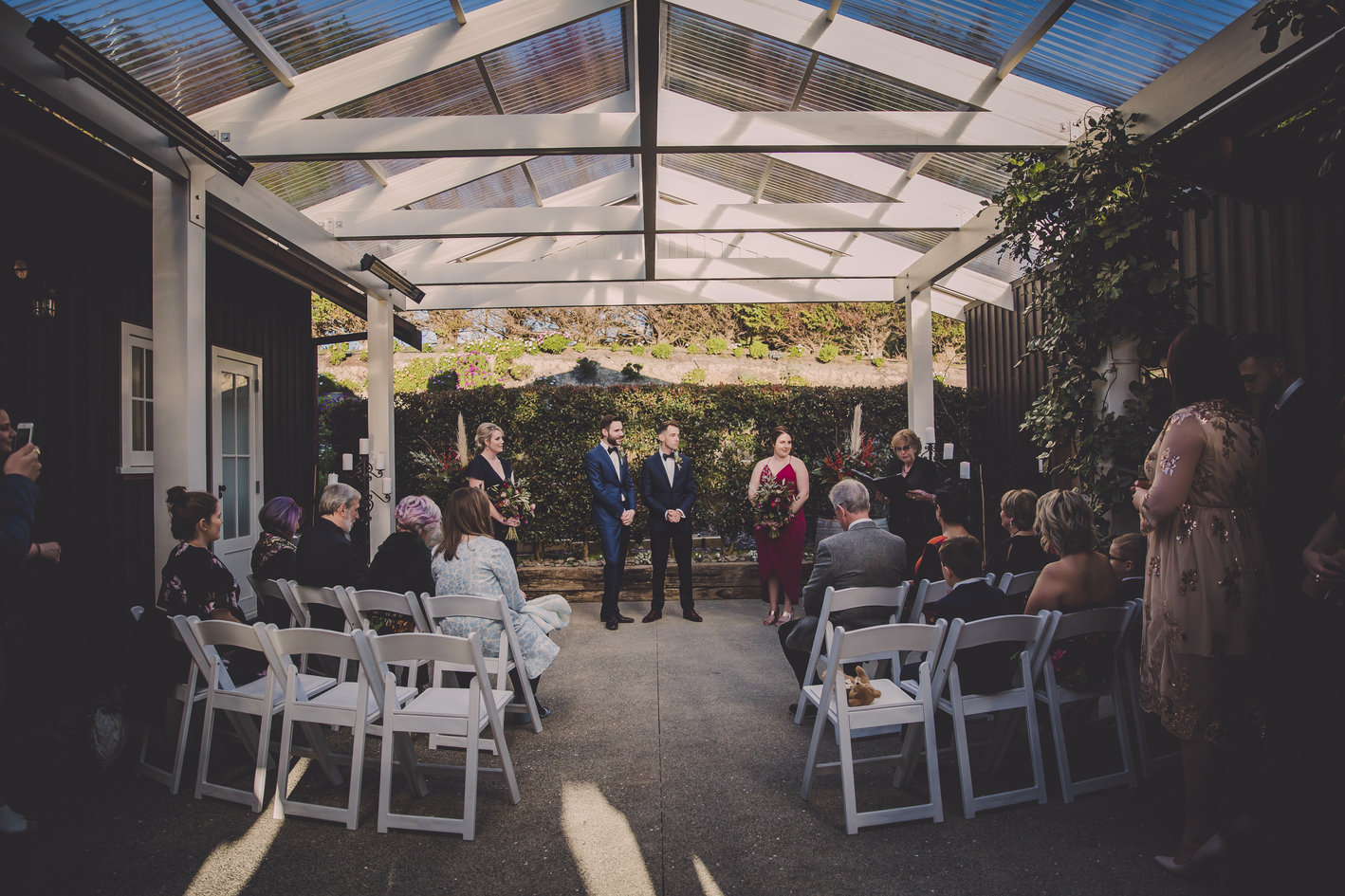 For the big day we chose a Monday. I know, Mondays are unusual for weddings…but we love our friends and family so much that we wanted to give them the perfect excuse for a long weekend! 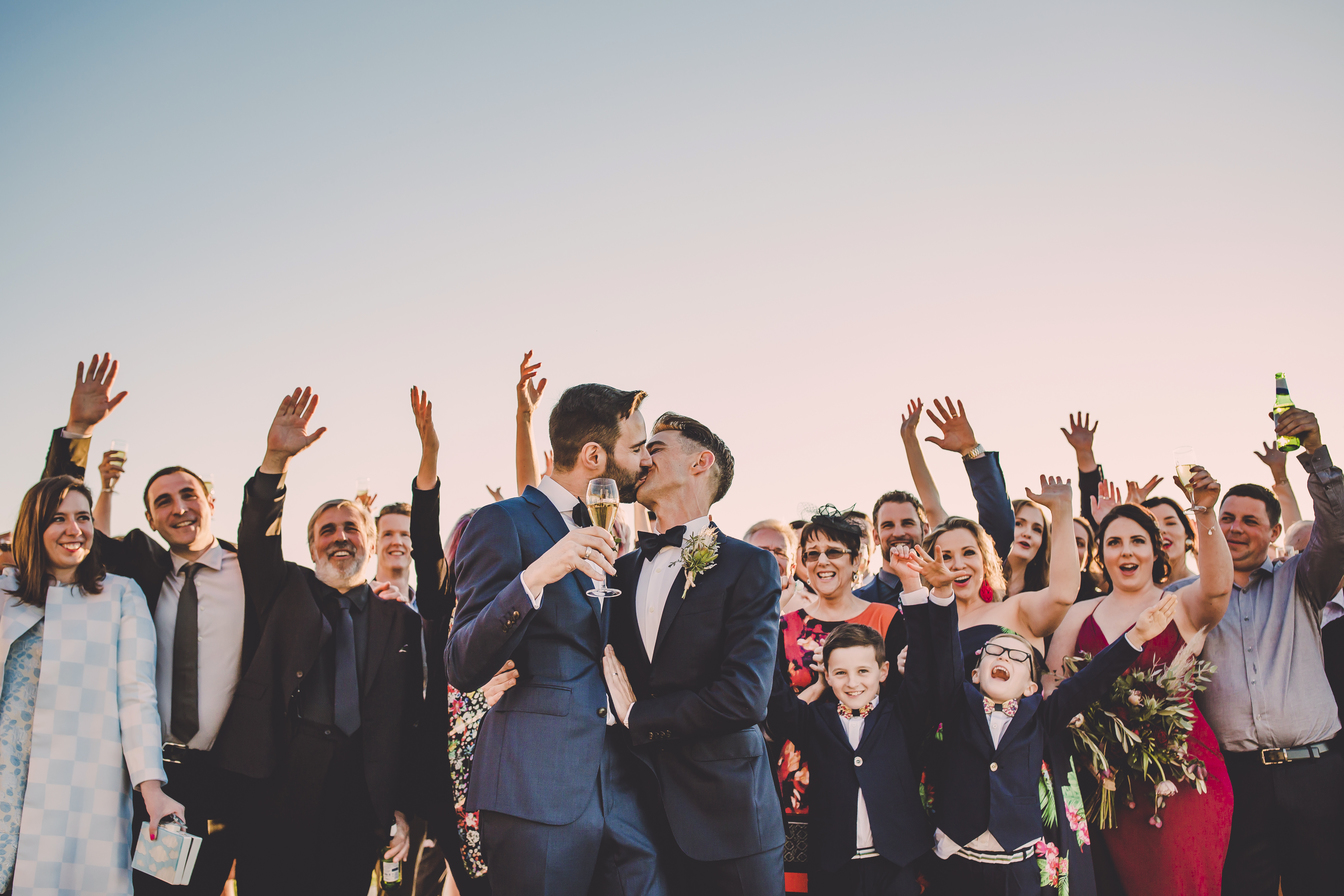 Our guests were welcomed with drinks, which continued after the ceremony with the addition of canapes. Sweetcorn and truffle arancini, sautéed prawn ceviche, seafood fritters and teriyaki angus eye fillet kept them occupied while our photos were taken. 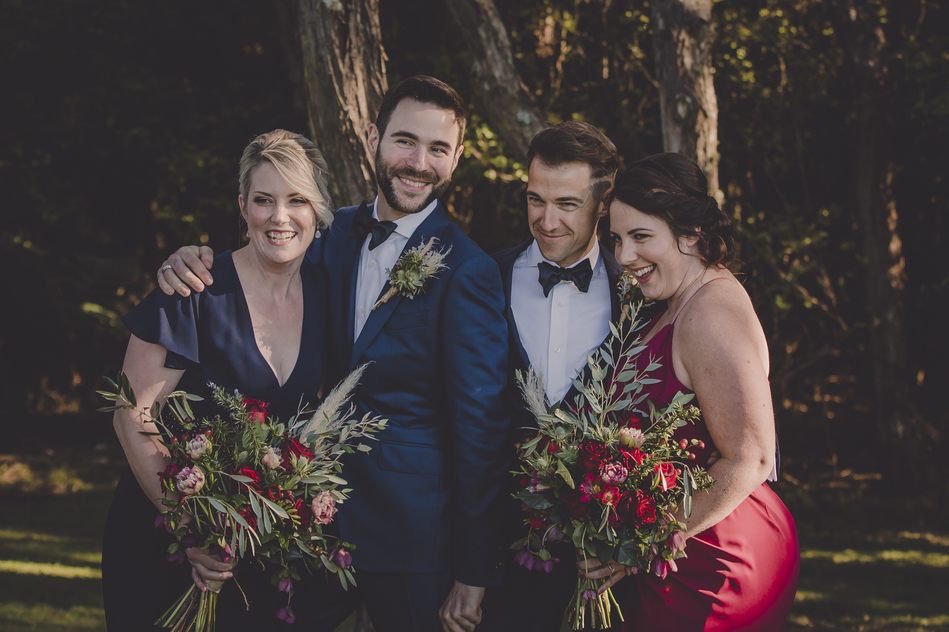 Sandro: we had two ‘grooms gals’. Zoe, being the one “responsible” for introducing me to Ben, and Kylie, Ben’s long time friend and bestie. 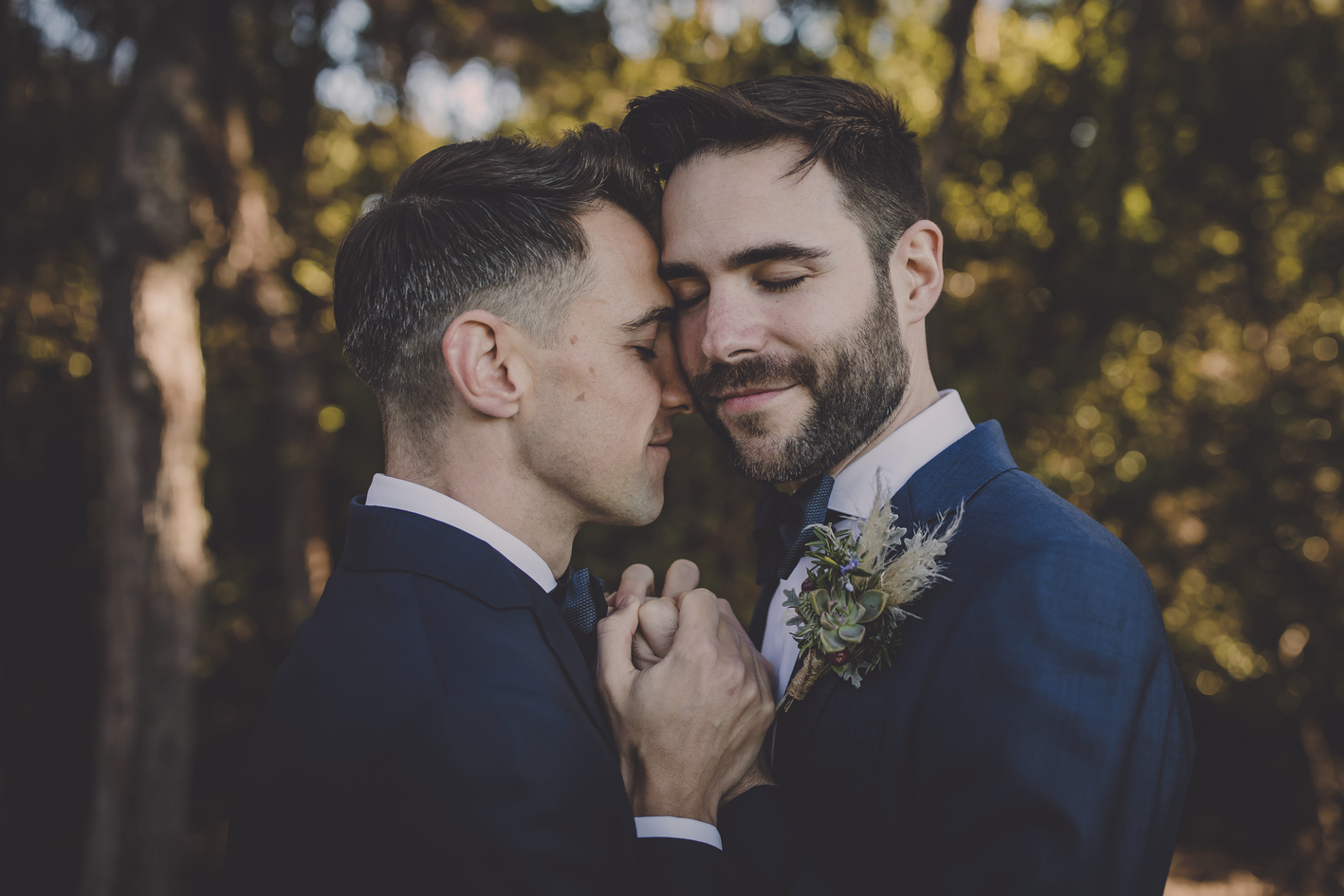 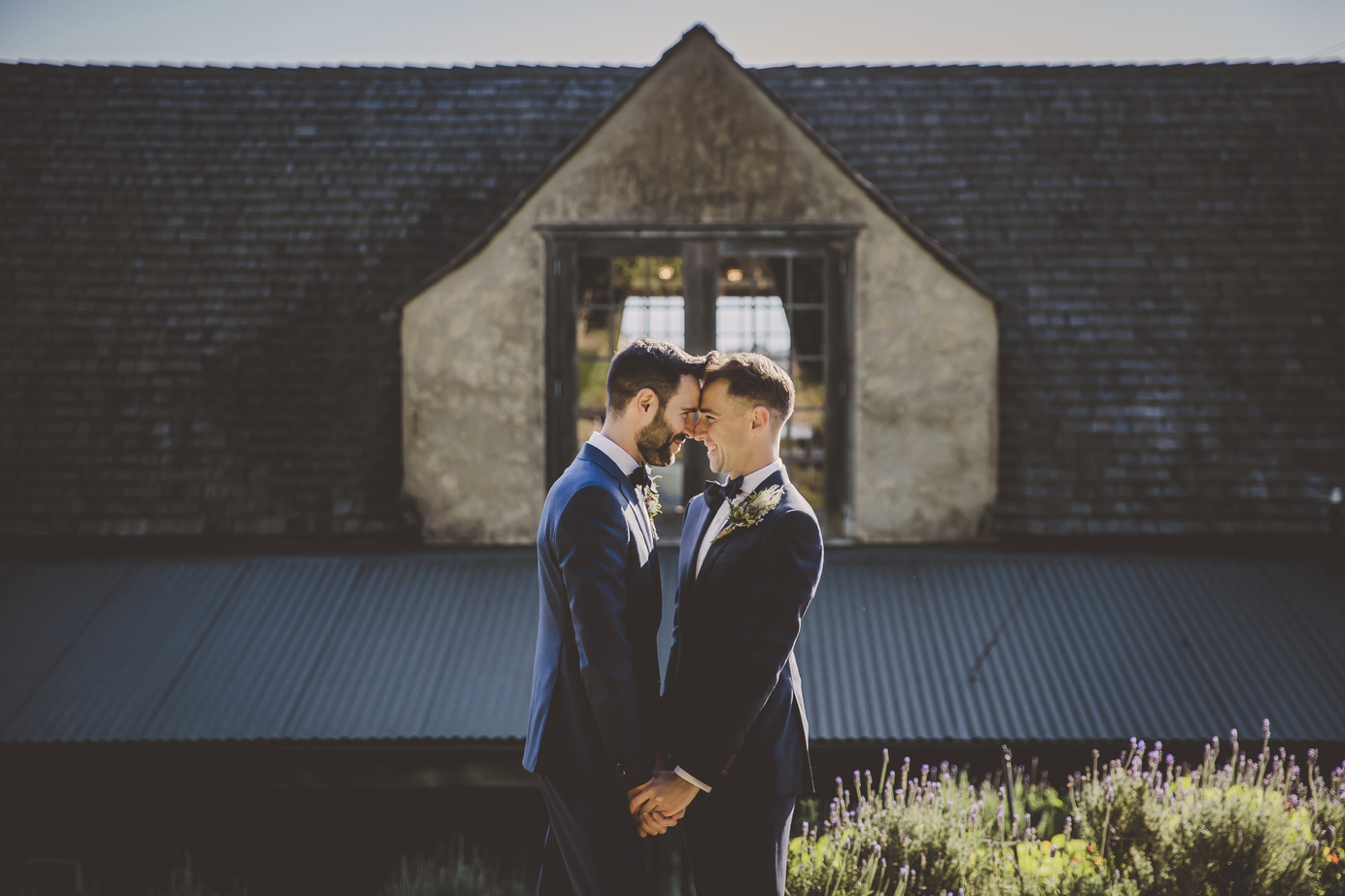 Ben: Mudbrick has always been a personal favourite of ours and we have spent many happy occasions there with friends and as a couple.

It has always felt like a combination of Tuscany and New Zealand, and thus the perfect location to bring together our two backgrounds. 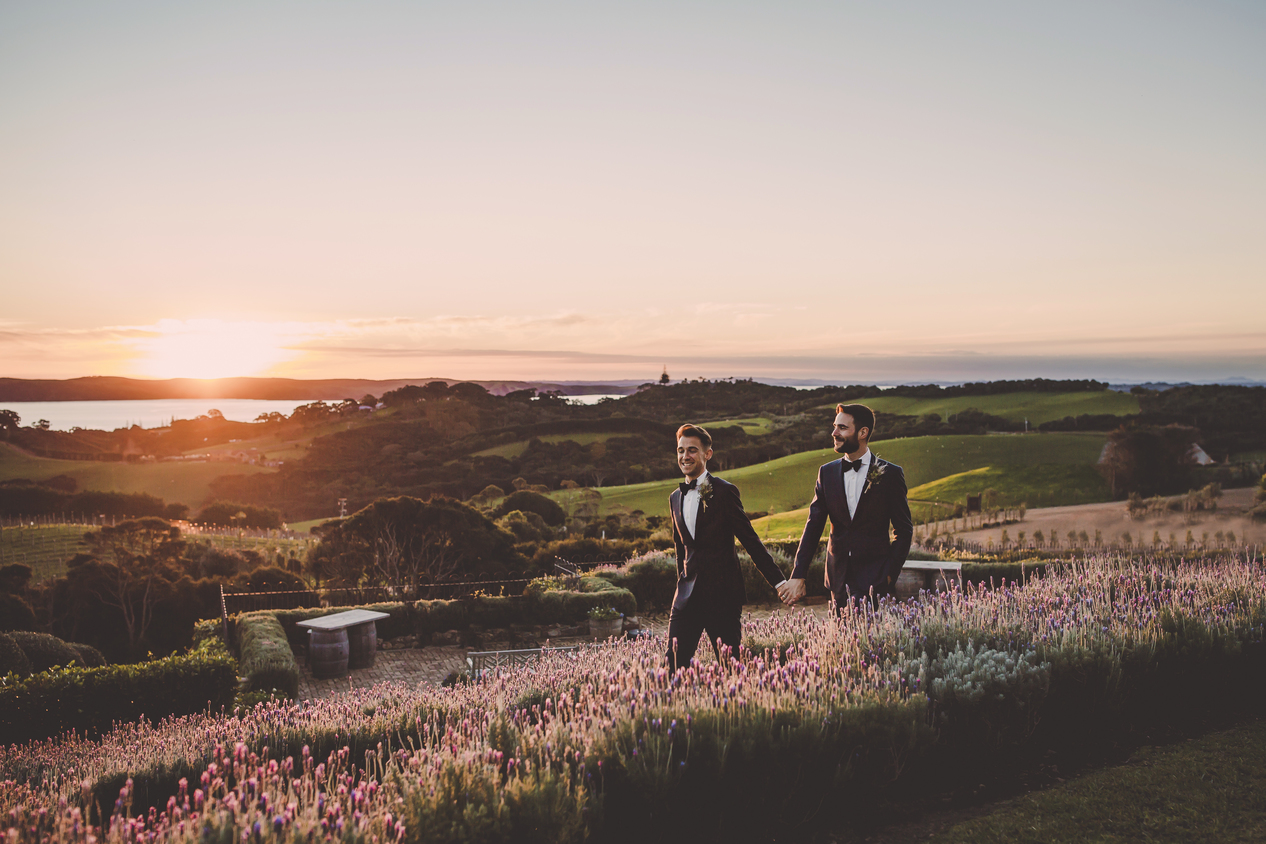 Ben: It was such a relief waking up on the morning of our wedding to see there was not a single cloud in the sky! 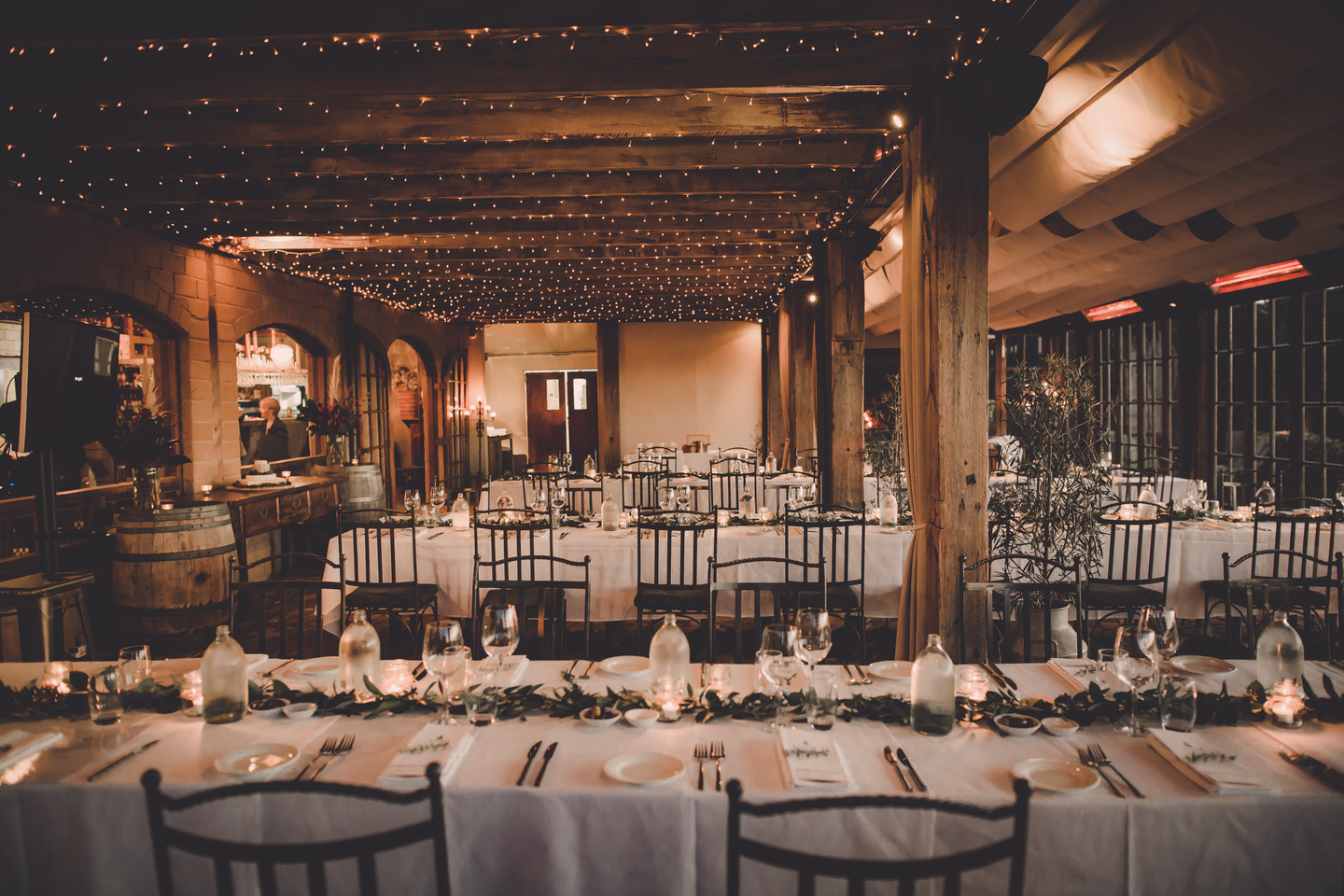 For our main reception Mudbrick restaurant was perfect for a sit-down meal. As we only had 45 guests it allowed us to have many options available in the menu, very much similar to an à-la-carte experience. 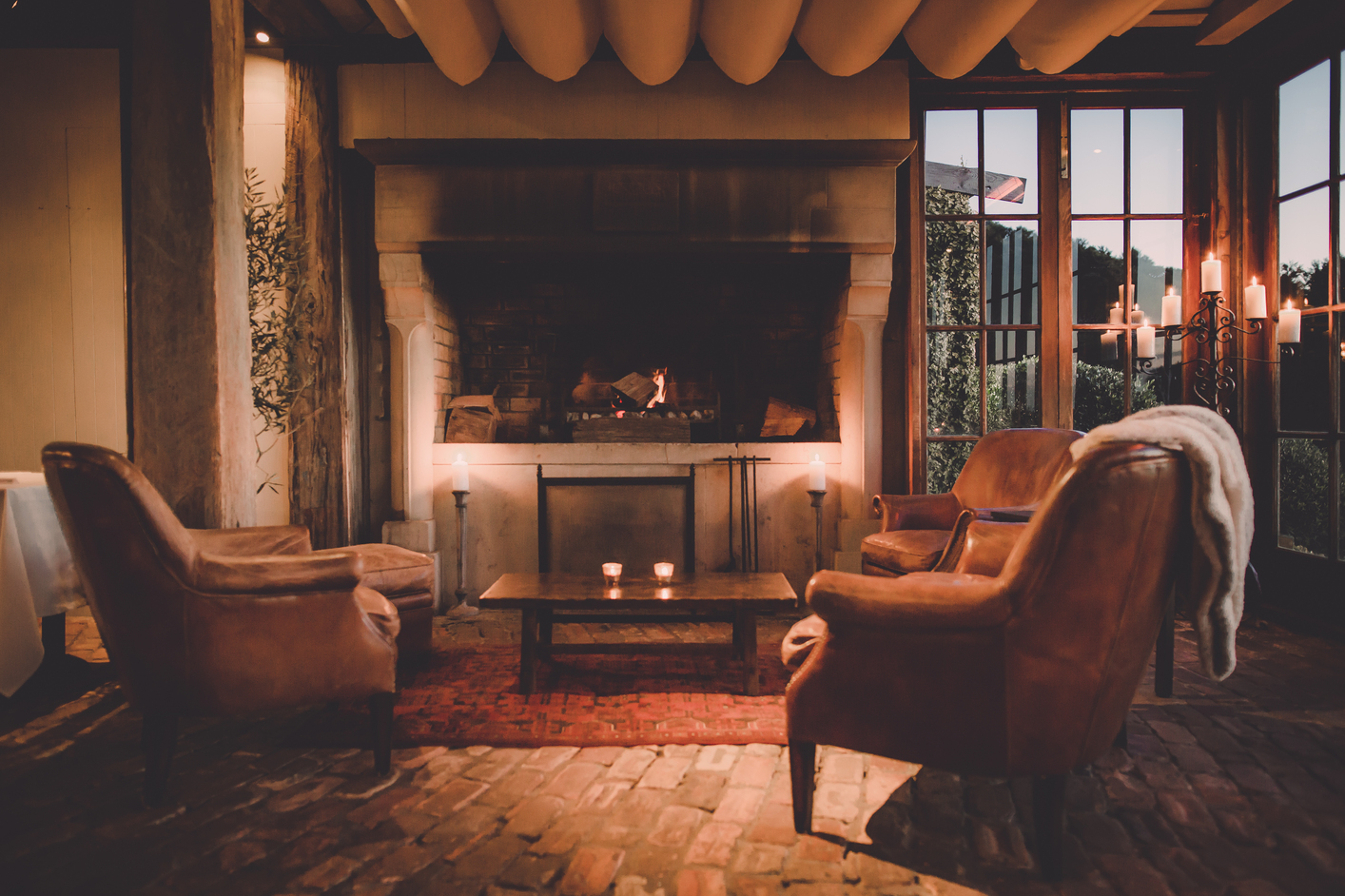 Ben: We had a cheese stack with accompaniments rather than the traditional wedding cake. Petit-fours were offered as a dessert option after the main meal and so we wanted something a little different for “the cake”. We chose 5 different Kapiti cheeses to stack and create a statement piece.

Port wine was offered to accompany the cheese selection; a perfect way to finish off a great dinner while sitting by the gorgeous open fire which was lit for the occasion. 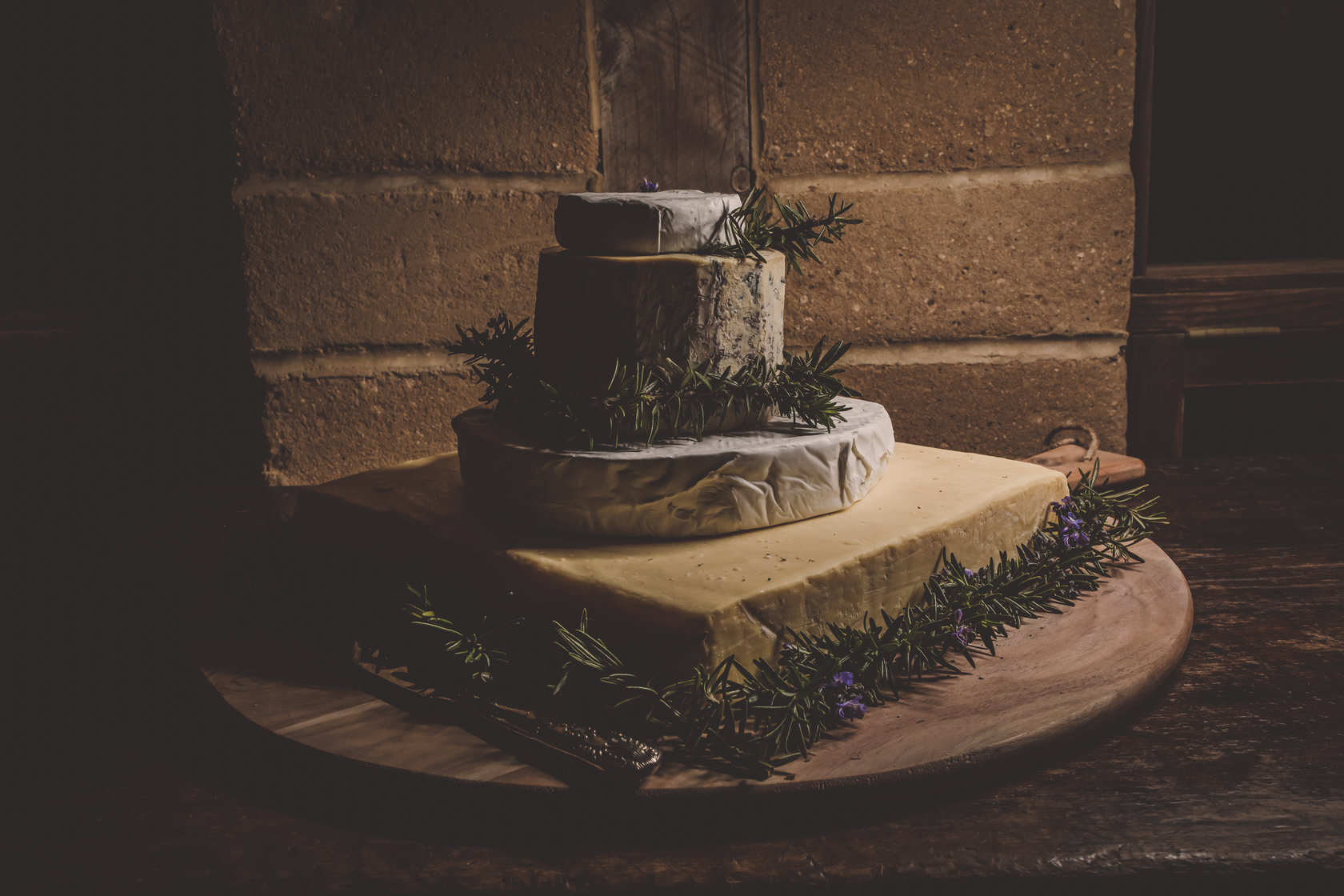 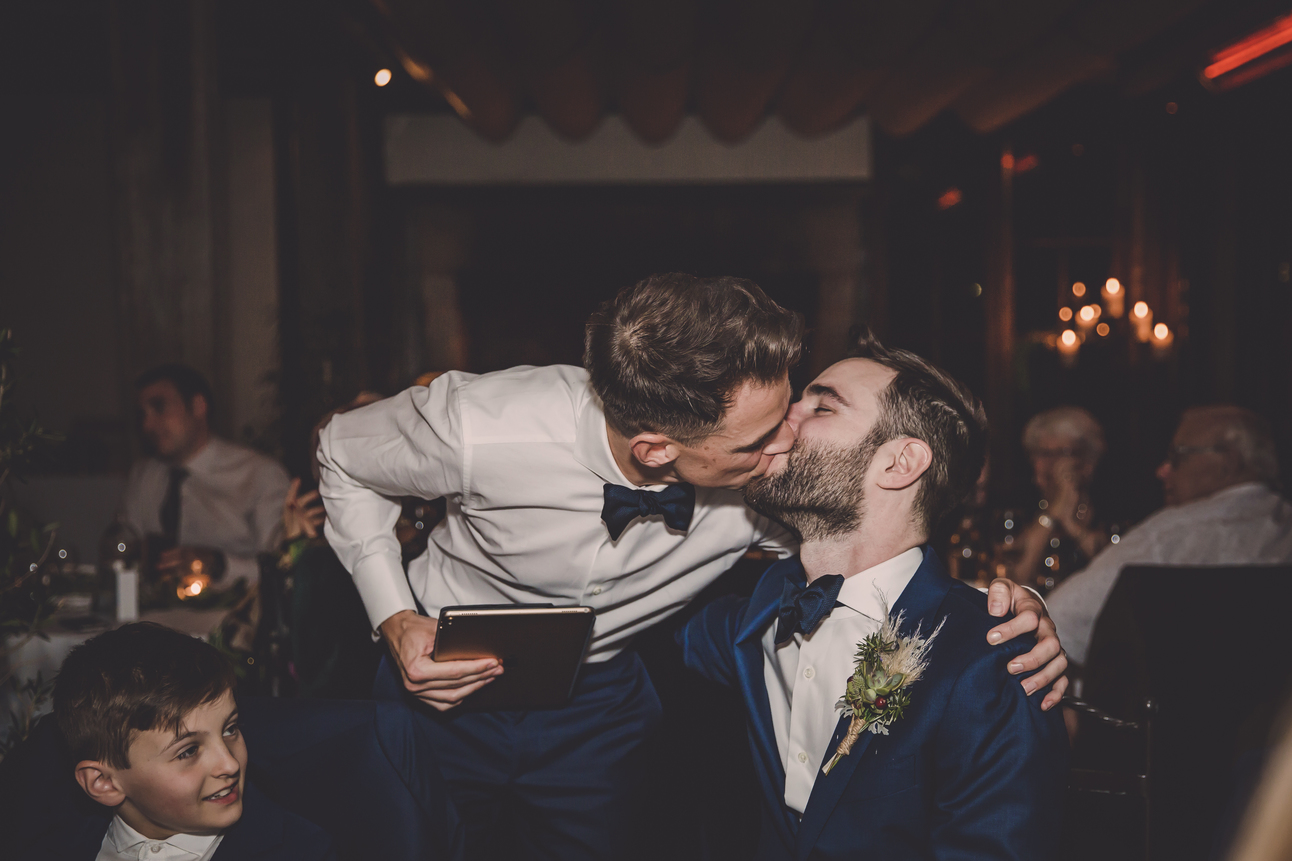 Sandro: I’ve learned that New Zealand is a great place for a same sex wedding; you’re never made to feel different, everybody is so naturally accepting of the wonderful world we live in with all its differences. Being a same sex wedding it was easier not to get stuck in the pressure that the usual wedding traditions can bring; we enjoyed very much making our own traditions and doing everything we wanted to do.

A final piece of advice for all grooms out there, bow ties can be complicated little things if you’ve never tied one up, practice makes perfect……don’t leave it to the last minute! 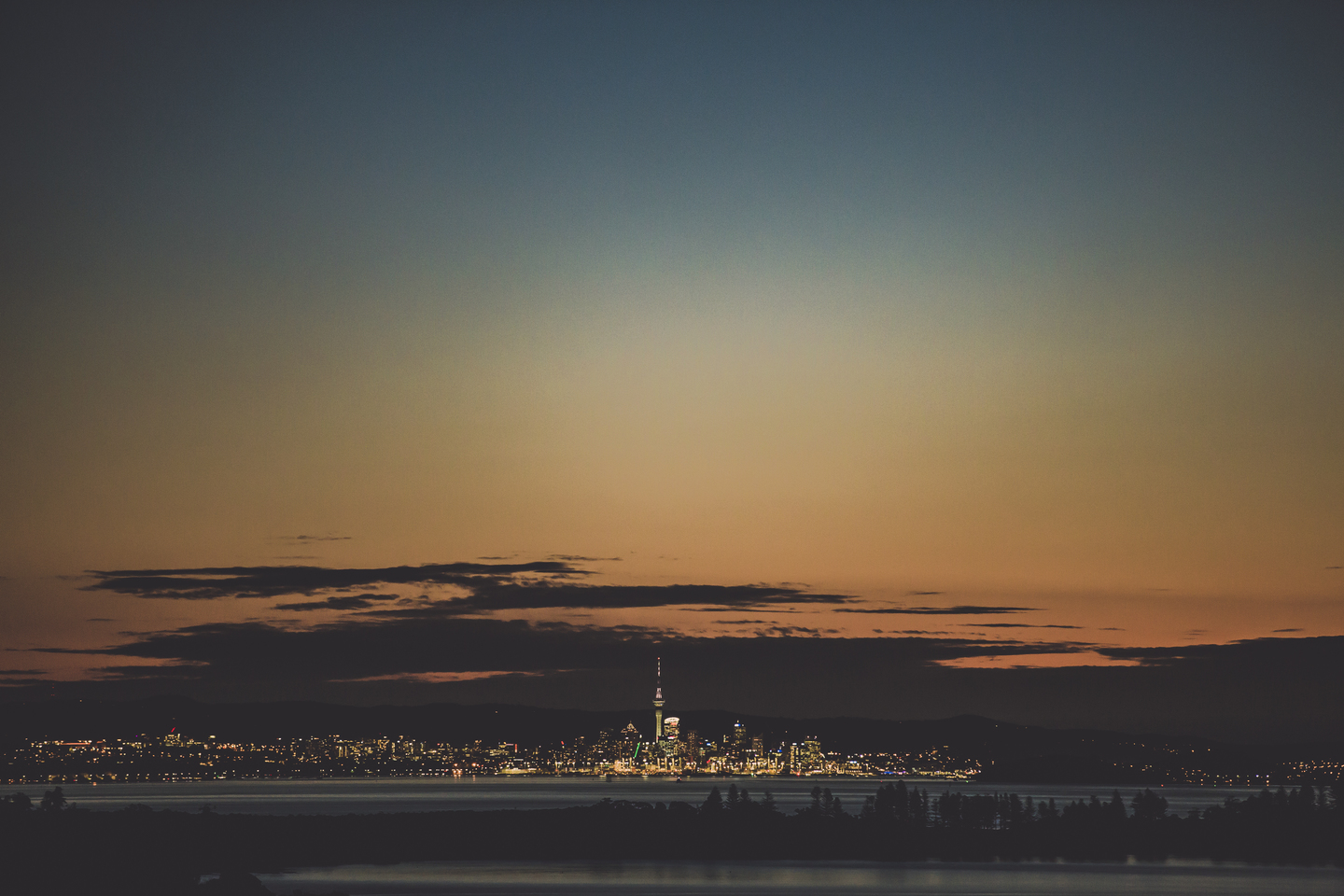